A promised executive order that would tie drug prices to their costs in other countries has yet to emerge, although President Donald Trump has promoted the order as part of his re-election campaign. Meanwhile, payers and PBMs are continuing to push back against three executive orders the Trump administration issued in July with the intention of lowering drug prices, one of which would overhaul the Medicare Part D prescription drug rebate system, AIS Health reported.

"I think the purpose of these executive orders is to give the president some talking points going into the debates," says Avalere Health founder Dan Mendelson. He adds that, regardless of their purpose, the orders will not make a difference in the real world any time soon.
Meanwhile, the executive orders that actually have been released are being criticized from stakeholders across health care. The order that would remove safe harbor protections from the Anti-Kickback Statute for prescription drug rebates in Medicare Part D has been panned even by conservatives. 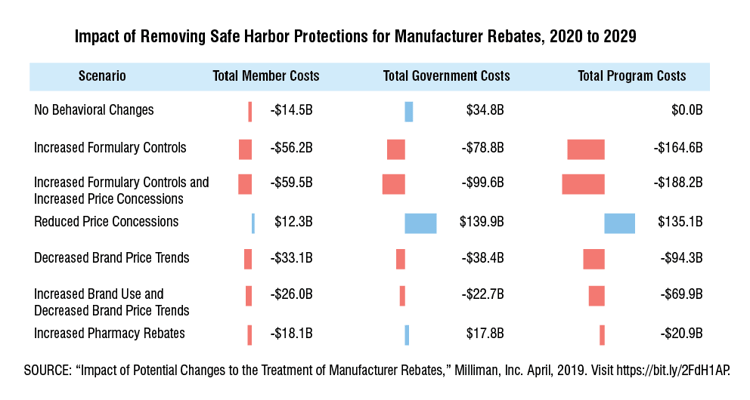