A new study published in Health Affairs found that spending in the orphan drug category is overwhelmingly concentrated on so-called partial orphan drugs, which have both orphan and nonorphan indications. The study affirms growing concerns across the health care industry that drugmakers are misusing the orphan drug designation and introducing unwarranted cost into the drug channel, AIS Health reported.

The Orphan Drug Act of 1983 covers diseases that affect fewer than 200,000 people in the U.S., plus diseases that affect more than 200,000 people but are so expensive to treat that companies developing and marketing such therapies are not expected to recover their costs. With the designation, the FDA grants drugmakers expanded intellectual property and commercial rights intended to offset these steep costs.
The new paper found that 70.7% of spending on drugs designated as orphan drugs went "to nonorphan indications," and noted that in 2017, 25% of U.S. prescription drug spending was for orphan drugs.

"They [orphan drugs] treat a small number of patients, but at the same time they can be used to treat much more common diseases. So they [drugmakers] can still charge a high price and take the tax credit, while at the same time enjoying their impressive commercial success," Bai says.

Bai adds that drugmakers have become adept at coordinating outside pressure to convince the FDA to expand orphan drug designations beyond their intended purpose. 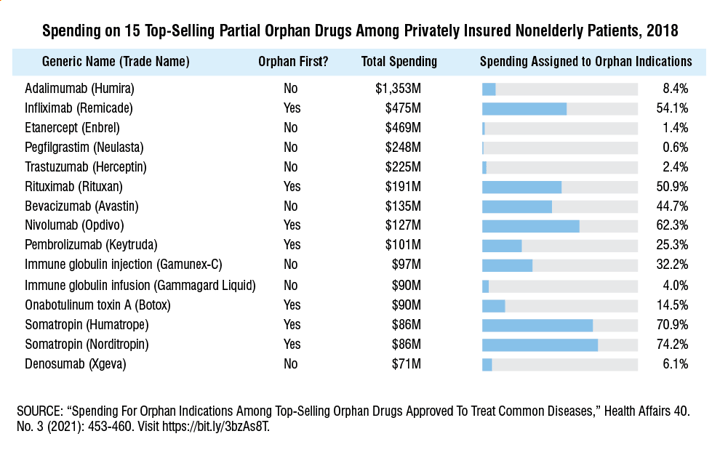